Albanians react as strongest quake in decades rocks the country

Albanians react as strongest quake in decades rocks the country

Albania has been rocked by its strongest earthquake in decades, with at least six dead and hundreds injured as residents were trapped beneath the rubble of collapsed buildings.

Albanian Prime Minister Edi Rama said “we have lost lives” in a tweet posted just hours after the quake on Monday morning, but did provide a death toll. Reuters later reported that at least three were dead.

Rama said: “It is a dramatic moment where we must nevertheless remain calm, stand by one another, and withstand this stroke together.

Turkish football team’s military salute to be ‘examined’ by UEFA

“We will do everything in our power and with the great friends on our side we will overcome this situation.” 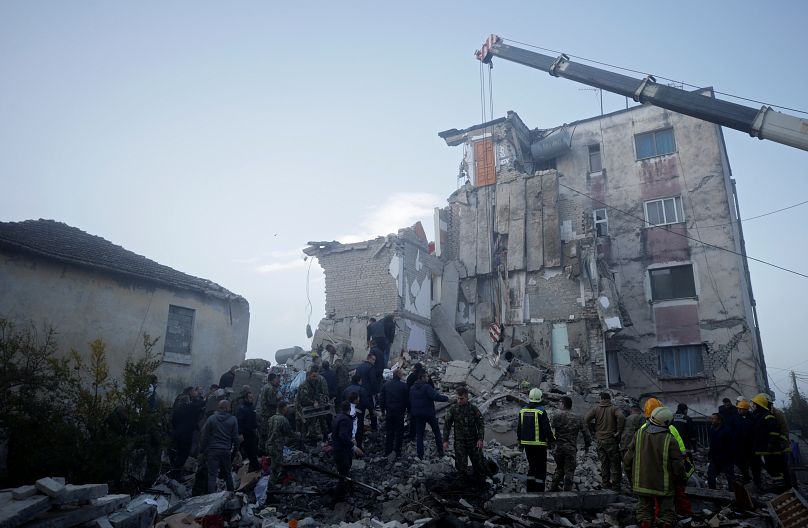 Videos and photos posted to social media in the immediate aftermath showed residents in several communities looking through the devastation as others showed damaged videos and roads.

One video broadcast live from Fushë-Krujë, in Durres county, showed a child screaming as rescuers tried to pull him from the rubble of what appeared to be a collapsed building.

Speaking to Euronews from Tirana, developer Silver Turku said he had rushed outside his home after the quake and later saw a vehicle that had burst into flames.

“I was home and working as a freelancer and it was strong and lasted for about less than a minute,” he said.

“After the earthquake, everybody in my in my neighbourhood got outside and we where making sure everyone was okay and needed help.

Turku said he had started filming his video around 10-15 minutes after the earthquake as emergency services fought to extinguish the fire.

“I don’t know for sure why it was set on fire but people where saying that a spark in electricity might have happened after the alarm had set off,” he added.

“It’s a good thing that I was awake and went straight outside,” he said. “But you feel powerless and hope for the best in these situations.” 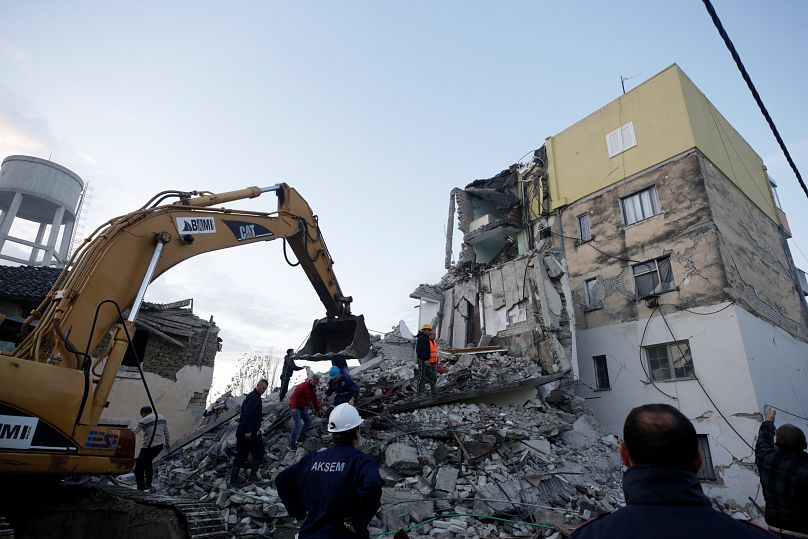 According to the US Geological Survey (USGS), the magnitude-6.4 earthquake hit at 4 a.m. local time with the epicentre located 10km northwest of Shijak.

It also struck at a shallow depth of 10km.

In Durres, local lawyer Domenika Gjeci initially said on Facebook the lighting had been cut in her home and she was listening to ambulance sirens passing by.

“Wish there is no damage to life,” she wrote.

She later ventured out into the street and posted footage that she said showed the rubble of what was previously a three-storey market just 400m from her home.

“The earthquake has not stopped in Durres. God help people and those who are working in damaged buildings,” she wrote about feeling further tremors, before adding: “Another one just fell.”

Air conditioning can be used to cool down spaces during the heatwave without increased risk of getting a coronavirus...