“I hit myself in the face a year and a half ago”.

Logan Paul has described what happened in Japan back in 2017 as his “biggest fight”.

Speaking to Newsbeat ahead of his re-match with fellow YouTuber KSI, he says he’s been in big battles before and this is just another one.

From Moien Dance to 80S City

Brussels to act against tech groups over terror content

He faced a huge backlash over a video which showed the body of an apparent suicide victim. 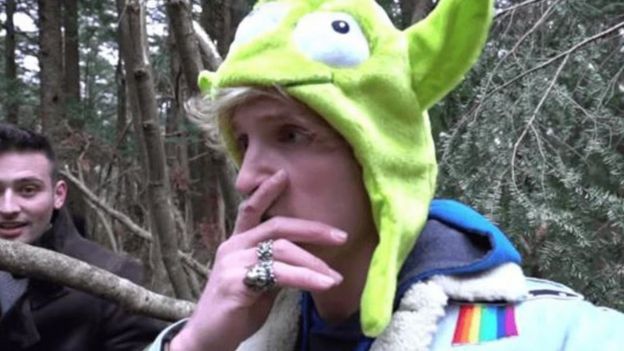 The video showed Logan with his friends at the Aokigahara forest at the base of Mount Fuji, known to be a frequent site of suicides.

Going in to film the so-called “haunted” forest, they come across a man’s body and are shocked but also make jokes.

The 24-year-old was heavily criticised for what happened but says he’s since “matured and levelled-up.

“Just like everyone in life, people make mistakes, mine happened to be in public and in front of the whole world.

“Being able to take that and get up and keep on fighting and being able to redeem yourself and make a come back even though 99% of the world doesn’t believe in you I think is gonna say a lot and make a lot of people believe in themselves when they’re down.”

KSI and Logan Paul first fought as amateurs in Manchester in August 2018.

It ended in a draw but on November 9 they will fight again in Los Angeles, this time without headgear, as fully licensed professionals.

Logan tells Newsbeat “Boxing is by far one of the best things to happen to my life”.

“Boxing has definitely allowed me to focus on something other than just creating content which I think we’ve seen historically can be so toxic.”

Logal Paul has 19 million subscribers on YouTube so carries enormous influence but this responsibility is something that weighs heavy on his shoulders.

Asked whether YouTube has taken a toll on his mental health he says, “two years ago, it burned me out and changed my character.

“It made me someone that I wasn’t because I was chasing views and likes and subscribers.

“One of the reasons boxing is one of the greatest things to happen to my life is because it made me human again.”

His warning to his fans and followers is to be careful online.

“Everyone who uses their phone on a day to day basis just be careful with how much you’re consuming because it can get unhealthy quickly.”

“I’ve been in big battles before, this is just another one and I’m gonna come out victorious.”