BRITS are being warned of the “threat of terrorism” at a number of Christmas Market destinations.

The Foreign Office have updated their travel advice for countries including Germany, France and Spain as the festive season approaches.

Countries such as Denmark, Sweden and the Netherlands are also popular this time of year due to the festivities throughout the cities.

EU to boost spending on climate change, borders and satellites

However, the government has warned Brits to stay vigilant due to the potential risks.

The advice states: “There is a general threat from terrorism.

“There may be increased security in place over the festive period, including at Christmas markets and other major events that might attract large crowds. 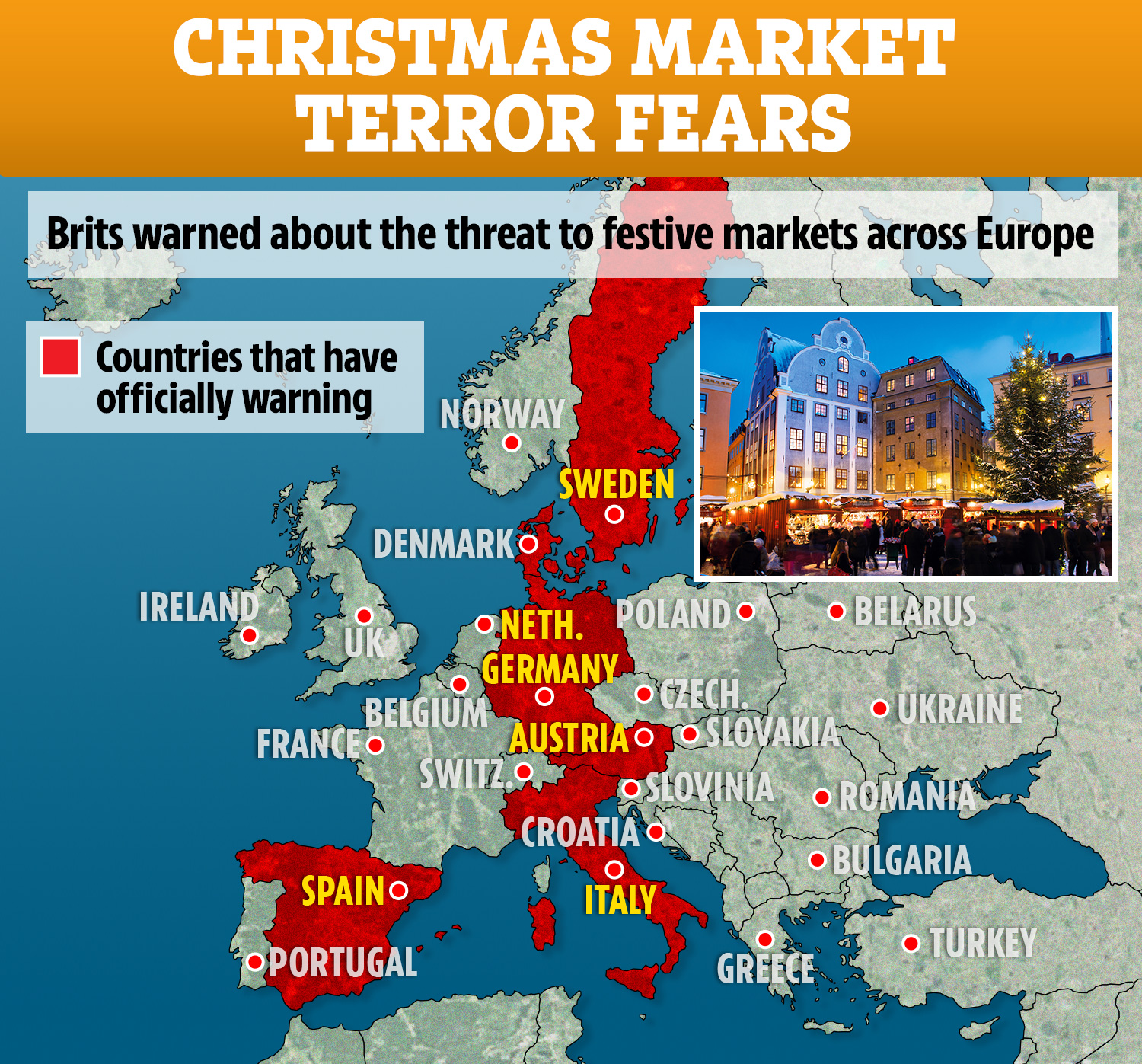 “You should remain vigilant and follow the advice of local authorities.”

The travel advice for Spain also warns tourists to remain vigilant during New Year celebrations well, with many flocking to the country for Nochevieja.

A terror attack at a Berlin Christmas market in 2016 left 12 people dead after a stolen lorry was driven through the streets.

In 2018, five people were killed following a terrorist attack at Strasbourg’s Christmas market.

The twisted fanatics themselves issued a chilling threat by posting a sick picture depicting a slain Santa in a British high street.

Chilling text at the bottom of the poster reads: “O pigs of the cross, the day is near when your carnage will be gifts for your children.”

Though the jihadis lost their so-called Caliphate, a large swathe of territory that covered Iraq and Syria, there are fears they still remain a potent terror threat.

Terrorist attacks in Sri Lanka at Easter are believed to have been carried out by ISIS.

How to destroy the European Union

MADRID (Reuters) - Catalonia’s parliament made a second attempt on Monday to put forward as the region’s new leader...